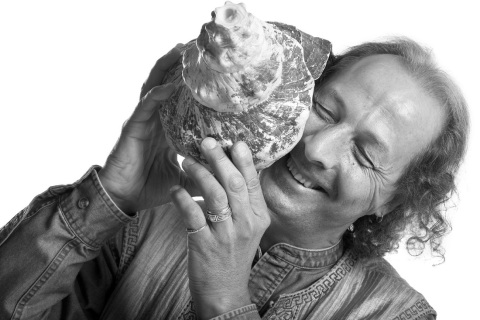 a history of music from a yogic point of hearing with francois raoult sunday, october 16, 6-7:30pm

$20.00
Add to Cart
When we got word that master yoga teacher Francois Raoult was coming to town this fall, we knew he had to be part of our Inspiration Series.  An internationally-recognized yoga instructor with a masters in Ethnomusicology, a devotion to sacred music, and a practice in overtone singing, Francois has a deep connection to sound and music as a vehicle for transformation.  Since Francois could not make the customary last Friday of the month, we did what self-respecting naada yogi would do, we added another night to the series.  It is with great pleasure that Myoga will present Francois Raoult as part of the Inspiration Series on Sunday, October 16.

Francois will share his love and knowledge of music from a yogic "point of hearing" in an evening alternating between lecture and listening featuring extraordinary musical examples from across the globe and throughout the ages.  We will explore the transition from modal drone based music  (typical of most traditional cultures and the early middle ages in europe) to classical harmony(Mozart, for example)  and atonality (Webern until now).  We will hear what prehistoric music must have been like, sample electronic music and experience "musique concrete."  The evening will culminate with an exploration in deep listening as a state of yoga,  a meditation on the relationship between silence and sound.

François Raoult MA in Ethnomusicology, ERYT, Director of Open Sky Yoga, is dedicated to teaching yoga with awareness, integrity and compassion. He has studied Nada Yoga with Nestor Kornblum and Baird Hersey.He first felt the call at age 19, on a pilgrimage to sacred sites of India. A graduate of the Ecole Nationale de Yoga in Paris, he started teaching in 1975 and a year later began extensive training with Sri B.K.S. Iyengar. François also has studied meditation with Zen Master Thich Nhat Hanh, Ayurveda with Dr. Robert Svoboda, and anatomy with Thomas Myers. In addition to conducting an annual retreat in France, François teaches regularly throughout the US, Europe, Canada, Mexico and India. He is the founder of Open Sky Yoga Center in Rochester, NY. François is also certified in Gong Yoga and in “Laughing For No Reason!”

Also check out Francois teaching Evolution and Tradition of Hatha Yoga at Piedmont Yoga Studio the weekend of October 14-16!